Nestled within the grounds of Hamamatsu Castle Park is the Shointei Tea House. The tea house is both a recreational and educational facility, open to anyone visiting the park to enjoy green tea and a Japanese sweet (wagashi). Shointei is also used for formal tea ceremonies by practitioners from across the country, and private lessons are available for those who are interested in learning more about the art of the tea ceremony.

The elegant wooden buildings of Shointei were designed by internationally acclaimed architect Taniguchi Yoshio (b. 1937), and were constructed in 1997. Taniguchi’s minimalist design allows the tea house to blend seamlessly into its wooded surroundings.

The large sliding doors of the main tea house open out onto a refined rock garden just at the location from which the garden is best viewed. Seasonal changes are a major theme in both Japanese architectural design as well as tea ceremony culture, and this can clearly be seen in the woods that enclose Shointei, which are a lush green in spring and summer but turn a deep red-gold in autumn. In the same way, the tea and wagashi offered at Shointei also change with the seasons. 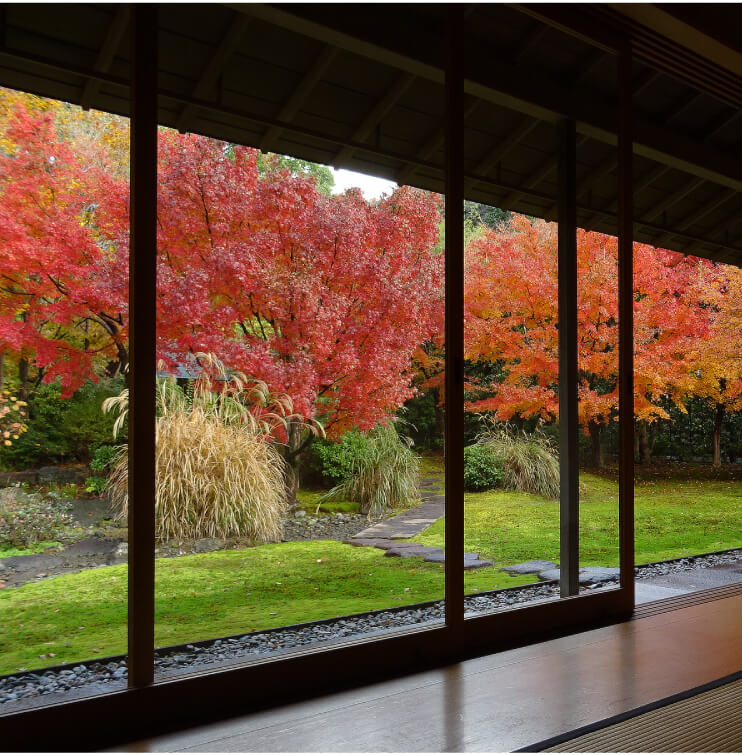 Most traditional tea houses are enclosed and sparsely decorated, however, at Shointei, the main area is bright and airy, and is open to the garden outside. Servers dressed in kimono serve sencha tea grown locally in Shizuoka Prefecture, and powdered matcha tea from Uji, just south of Kyoto.

The storied history of the tea ceremony unfurls in a picturesque setting at Shointei. Tea was originally brought to Japan by Buddhist monks for use in religious ceremonies, and its first recorded mention is in the Nihon Koki, an official history of Japan commissioned by Emperor Saga (786–842 CE) and completed in 840 CE. The modern Japanese tea ceremony as it is known today was developed in the Muromachi period (1336–1573) and was heavily influenced by Zen Buddhism.

Traditional tea ceremonies take place with participants seated on the floor on tatami mats. Both guests and host kneel with their legs folded directly underneath them in a position known as seiza. This position can initially be uncomfortable, therefore Shointei provides a ryurei-style room with tables and chairs as an option to sitting in the seiza style. 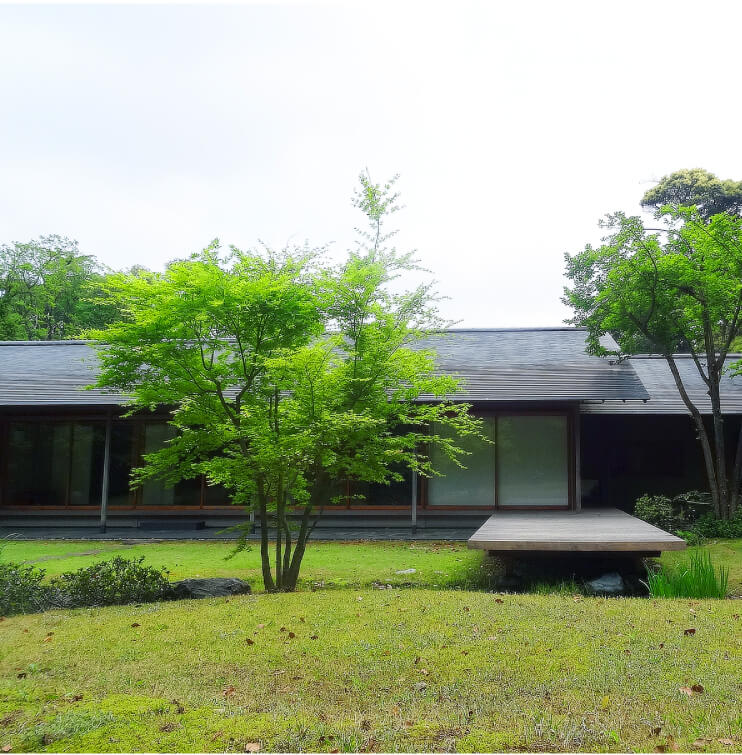 Shointei was designed by Taniguchi Yoshio, an architect best known in the West for his 2004 redesign of the Museum of Modern Art in New York City. In addition to two large straw tatami mat rooms available by reservation, the main tea house also contains an open area with tables and chairs and floor seating for walk-in guests as well as for teaching.

The main entrance is through a roofed, wooden gate and along a wide path extending past a pond to a stone staircase. Beyond the staircase is a stone walkway leading to the main building. Another entrance, from the carpark, is through a small gate in the outer wall; its low height forces those who pass through to lower their heads as they enter. This echoes the low entrances of traditional tea houses and is an indication that all participants in a tea gathering are considered equal. The path to the entrance meanders before reaching the gate, allowing time for reflection and releasing stress back to the outside world.

Inside the main building, the garden is directly visible through the large glass sliding doors. Guests who reserve one of the private spaces are allowed access to the wooden veranda that traverses the two tatami mat rooms. The walls and ceilings are made from fine pieces of Japanese cedar and chestnut, providing natural light that blends the interior with the gardens. Taniguchi’s minimalist concept for Shointei complements the simple aesthetic of the tea ceremony. 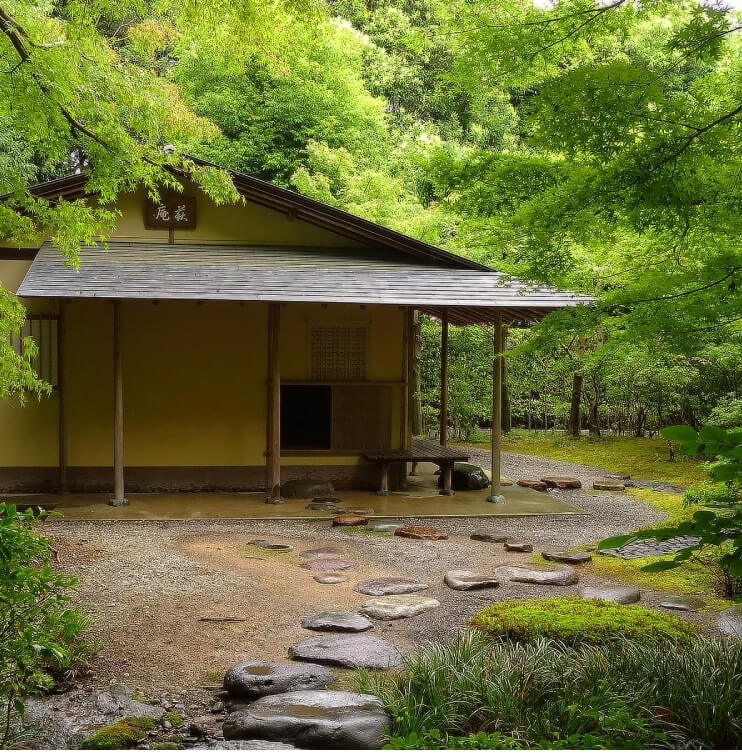 The garden seen from the main tea house at Shointei is imbued with an aura of understated elegance, a central theme of the tea ceremony. Rather than a vibrant and dazzling array of flowers, the garden is filled with greenery and a more refined selection of flowers. Main elements include verdant moss, evergreen trees, and shrubs that maintain their deep green color throughout the year. Small stepping-stones cross the miniature river, and the trickling sounds of water are layered with peaceful birdsong.

In summer, a small patch of irises bloom in the center of the garden, however, the dominant color remains the vibrant green of the moss and trees. The limited use of color is intentional and works to enhance the contrasting purple of the blossoms. Not all of the trees are evergreen, however, and the leaves of deciduous trees turn to rich golden yellows and deep reds during autumn, a popular time to visit Shointei.

The garden is open to visitors who may stroll within. At the back of the garden is the Hagi-an tea house, smaller than the main building and with a more traditionally enclosed design. It is named after the purple-flowered bush clover (hagi) that grows in the area.