Hamamatsu Castle Park is a verdant oasis in central Hamamatsu. It is a peaceful sanctuary despite its city-center location, and its wide-open spaces are ideal for picnicking, jogging, and enjoying the outdoors. The park surrounds the castle and includes public lawns, a café, and rest areas, as well as an exhibit in the castle keep of materials outlining the history of the castle and the surrounding areas.

Historically, the area was an important fortification during the turbulent period of shifting alliances and rivalries between local clans that began around the mid-fifteenth century. Near the entrance of the main castle gate stands a statue of Tokugawa Ieyasu (1542–1616), who was lord of Hamamatsu Castle before rising to the rank of shogun. Hamamatsu was the place where Ieyasu battled and gained the strength to lead the Tokugawa to victory. The Tokugawa then established their government and ruled over Japan from Edo (present-day Tokyo), from 1603. The castle and park area is now a place for relaxation.

A traditional Japanese garden was added to the park in 1977 to commemorate the golden jubilee of Emperor Showa’s (1901–1989) ascension to the throne. In addition to a varied selection of flora including cherry trees, the garden features wooden bridges and ponds. Just north of the castle is Shointei Tea House, where a tea ceremony of green tea and sweet wagashi confections can be enjoyed while overlooking the garden.

Entry to the park is free, however, there is a nominal fee to enter the castle keep. 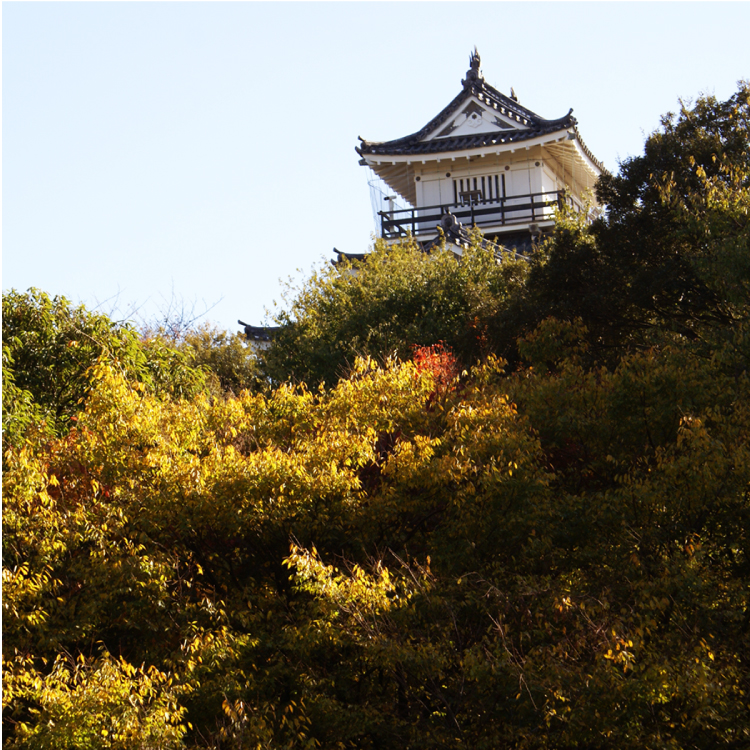 The lush Japanese garden at Hamamatsu Castle Park is located at the base of the castle keep and was designed to incorporate the existing trees in the area. No pesticides or herbicides are used in the garden, and wildlife such as squirrels and kingfishers have taken up residence there.

The garden showcases the beauty of the passing seasons in miniature. Springtime is when the numerous cherry trees start to bloom, and different varieties can be found throughout the garden, such as weeping cherry (shidare zakura), whose blossoms hang delicately over the ponds, and wild cherry (yama zakura), whose blossoms give way to brightly colored cherries. In summer, the fresh leaves of the maple trees are a shade of deep green, contrasting sharply with the bright purple of hydrangeas and the vibrant yellow of flowering St. John’s wort. In autumn, these maple leaves turn a rich, golden red. In winter, the delicate yellow flowers of native witch-hazel appear, and look most striking when snowfall has coated the trees in white.

Central to the garden are three waterfalls that cascade into three separate ponds. The stone used for these, as well as for the centerpieces of the ponds, is the same type of stone used in the construction of the castle. Wooden seating is available above the waterfalls for enjoying the surroundings while listening to the sound of flowing water.

The Castle of Success 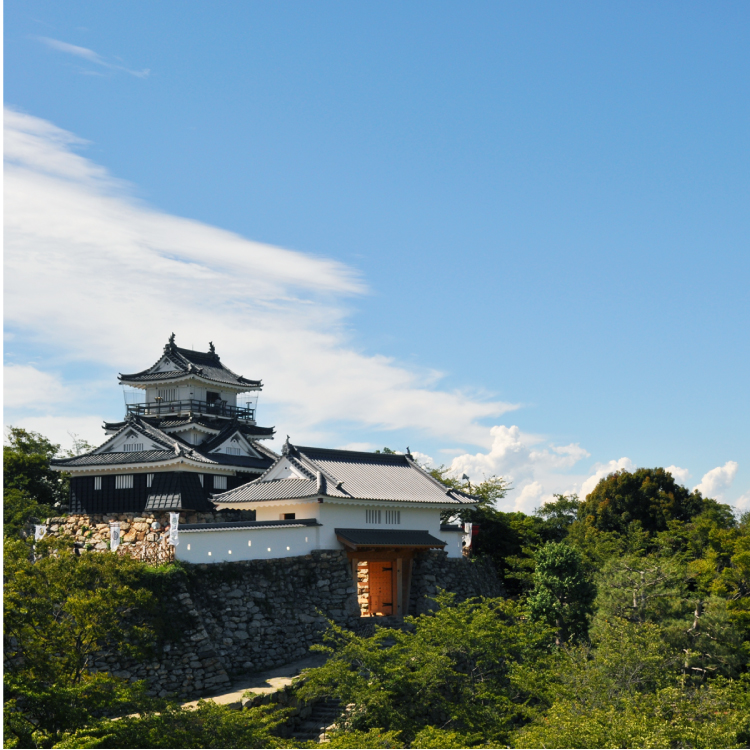 Hamamatsu Castle is known as the “Castle of Success” due to the influential figures that have been associated with it over the centuries. The most famous of these is the shogun Tokugawa Ieyasu (1542–1616), who was lord of the castle for 17 years. Ieyasu used the castle as his main base of operations during the many battles of the warring states period that began around the mid-fifteenth century. After defeating his rivals, he rose to the rank of shogun and ruled over a united Japan from 1603.

Several of the lords who were subsequently assigned to Hamamatsu Castle were promoted to more senior positions after their brief tenure as castellan. These included five who became elder (roju) administrators, one of the highest-ranking positions under the shogunate. The vast majority of these posts were granted to lords from families who had supported Ieyasu before his ascendancy to shogun.

The success associated with the castle continues into the modern era, as a plethora of internationally renowned companies have started in Hamamatsu. These include motorcycle and vehicle giants Suzuki and Honda, as well as musical instrument manufacturers Kawai and Yamaha. Many of these companies still have their headquarters in Hamamatsu. 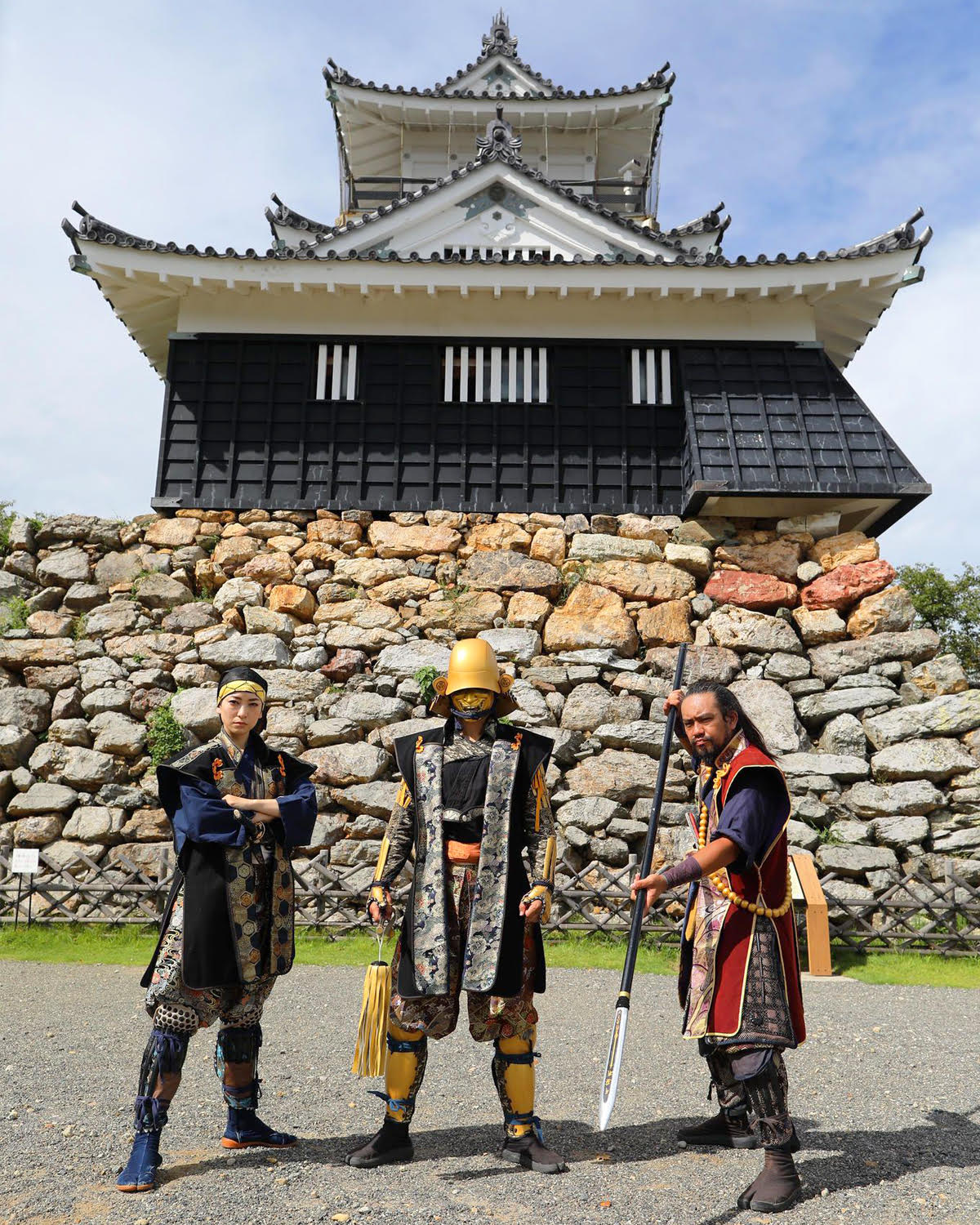 Hamamatsu Castle was built on the site of a smaller fortification called Hikuma Castle that was built by the Imagawa family in the early to mid-1500s. The Imagawa were defeated by Tokugawa Ieyasu (1542–1616), who moved his headquarters to the area in 1570 and began construction on a larger castle. Legend has it that Ieyasu renamed the castle, as “Hikuma” was seen as an unlucky omen. It is written with the kanji characters for “dismount” and “horse,” and samurai were in danger of losing a battle when dismounted. The current name of Hamamatsu translates to “pine trees along the shore.”

The castle buildings were dismantled and much of the land was sold off after the shogunate was abolished in 1867. The present keep is a reconstruction built in 1958, and was built on the stone foundations thought to have been constructed by Horio Yoshiharu (1543–1611), the next lord of the castle following Ieyasu. The foundations were built in the nozura zumi style, which consists of stones stacked on top of one another with their largest sides facing outwards. Smaller stones are then added to fill in the gaps. These sturdy foundations have lasted for hundreds of years and allow for adequate drainage and excellent earthquake resistance. 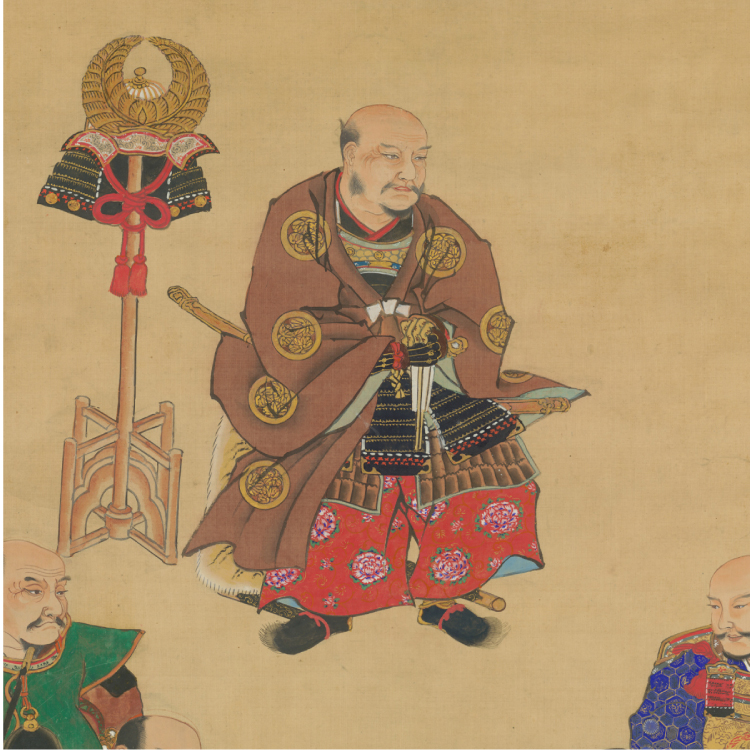 Tokugawa Ieyasu was born in 1542 as the son of a minor lord of the Matsudaira family near modern-day Nagoya. He was raised during the violent Sengoku period which began in 1467, and spent 17 years as lord of Hamamatsu Castle from 1570 until 1586, where he consolidated power and gained support.

Ieyasu fought numerous battles during his rise to power, many of them while he was lord of Hamamatsu Castle. Among these was the Battle of Mikatagahara in 1572 which ended in his worst defeat, with his forces outnumbered by approximately three to one. The opposing general, Takeda Shingen (1521–1573), was a powerful lord whose cavalry tactics obliterated the forces of Ieyasu, and Ieyasu himself barely escaped alive. Arriving back at his castle with a depleted force, Ieyasu nevertheless ordered the gates to remain open and fires to be lit to guide his retreating army home. This confused Shingen’s advancing forces, and after an attack by a small group of Ieyasu’s men during the night, Shingen retreated the next day, convinced that further reinforcements were on their way.

Ieyasu outlived or bested the other military leaders of his day, one by one, and by 1603, stood virtually unopposed. The Tokugawa family ruled Japan from 1603 until 1867, and oversaw an era of relative peace after hundreds of years of civil war.